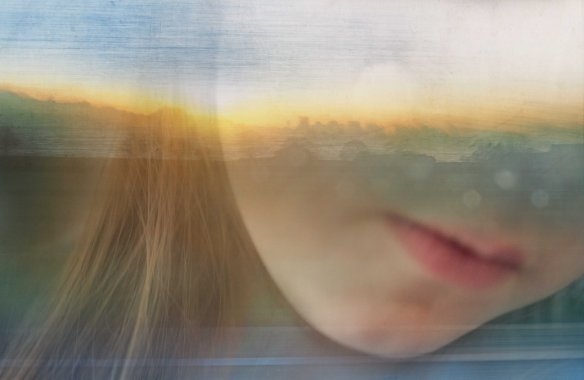 The intimate is not a space but a relationship between spaces.

I was forced, recently, to take a break from blogging. Not really by choice, but because life burst forth in a relentless tidal wave of busyness (as it does every year at the same time), and something had to give. However, I have been continuing to make pictures, and the past few months has been a process of consolidation and gathering together of things which I have been thinking about and working on for a long time, years even. I have not made any ‘new’ pictures as such; it is the nature of photography that you can be extremely prolific when you are clicking a button (that’s the easy part), yet it’s the editing that take the time; the drawing together the threads of the narrative and the sifting through the rubble to seek out those lustrous gems. It has been more a process of looking back, reflecting, and relentless revision, which at times has been tedious and painful, but also extremely necessary and ultimately rewarding, because it has brought some clarity of thinking, and more importantly, some direction.

Many participants in the collaborative Journey of a Photograph project, which I initiated back in February of last year, have commented on the ‘layers’ which the photograph has gathered as it travels from participant to participant in far-flung corners of the globe. An enviable journey it has made so far, hopping from Ottawa to London to LA to Brussels, to name a few destinations. The description of the Winter Garden photograph, which Barthes writes of in the opening of Camera Lucida, opens the blog. With its faded sepia print and blunted corners this photograph was for Barthes a symbol of time past, and it proudly wore its scars in the way that a treasured piece of furniture might gather and wear the scrapes and knocks of everyday familial use – the ‘battle scars’ of age. But this photograph – my photograph – isn’t really old yet. Or at least the reproduction of it is not. The image itself was taken over 10 years ago when I was a different person; a different version of ‘me’.

I think that when people are writing about, and indeed responding to the ideas of these layers in their own work in many, many wonderfully different and creative ways (which I will save for another discussion on the blog), they are thinking about the significance that this photograph (as opposed to a photograph, a regular reproduction) – which has become more than just a photograph but a whole package (or ‘a neatly packaged risk’ – as summed up perfectly by Summer Lee) – is gathering. With each journey it becomes a bit more precious, and a bit more unique. The package itself; a patchwork of stamps and postmarks wrapped with industrial amounts of sellotape, is becoming more fragile. It is creating its own memory and its own history. However, this is not a history which is a natural cause of time passing, but a shared history forced through intervention. The photograph, and the many beautiful and thoughtful ‘things’ it has inspired and instigated and accumulated along the way on its journey; the package it has become, which binds a disparate little group of bloggers and artists and writers together, is a very public and self-conscious history. This is of course in marked contrast to the private history represented by Barthes’ Winter Garden photograph.

This project has made me look upon the role of photography and memory is a new way, crystallising many ongoing ideas I have had about photography and objects and memory; giving them form, physicality and practice. But it has also forced me to look at my own past and more specifically my past work with fresh eyes. I started the project off with an image I took when I was in my 20s studying for my MA. It was part of a series of images on the subject of what I called ‘in-between space’. In this case the ‘non-space’ of the motorway journey. It seemed to fit the theme, but I wasn’t really sure why I chose that image when I sent it off. Now I think I understand a bit better. I used to feel I had ‘moved on’ from it all, maybe even a little embarrassed at the immaturity of my earlier work, however doing this project has made me realise that it was and remains yet very much an important part of me. Even though now I wouldn’t make that work in the same way, it is still relevant. If it is still ‘me’, it is a ghost, a shadow of me which contains a small kernel of what I am now, and what I will be. The picture I chose I described as ‘nondescript’, I think, in my post. It had something in it which I thought could become something, but which wasn’t quite up to it by itself, wasn’t quite there yet, and I think that’s why I was drawn to it. I was never entirely happy with what that project became. It almost felt like it was stranded in mid-air…. It was as if I knew I needed to go back to it, and perhaps this was my way of doing that.

So, I would like to thank you all for adding your layers, each and every one, and for helping me get to where I am now. Some of you have commented on how the project has revived, or even changed your practice. Well, this is certainly the case for me. I also feel that, more significantly, within the very public and impersonal ‘in-between’ space of the internet, and over vast distances, we have succeeded in creating a shared space of intimacy represented by this little package, and of course this blog. Something which I tried to realise 10 years ago, but was unable to.

Now that life is finding its way back to a more manageable ebb and flow, I am resuming my blogging journey. The photograph too will journey on again – it is not yet ready to relinquish its voyage of discovery. It sits on my desk as I type, this neat little package. I seized the opportunity created by a lull in the project to bring it back home to me, and I’m glad that I did as it’s quite comforting to have it here, to open it and absorb for myself the little treasures and keepsakes which have been entrusted to it. I have also added my own little token to the package, and now I look forward, with renewed enthusiasm, to what the next phase of the project brings. I think, perhaps, we both just needed a bit of a break.

The images at the start of this post are from a series I have been working on over the past couple of months called ‘Horizon’.