I first learned of the Journey of a Photograph project from my dear friend the artist, Summer Lee. I knew little of the project, only that it was a photograph traveling around the world to various artists who would then use the photo to inspire their own work in some way. I didn’t read the blog or other’s interpretations or actions with the photograph prior to receiving the package. Which also means I didn’t read Emily’s first post with the image showing the photograph itself. On some level this was intentional, a method to respond first to the materiality of the photo rather than the aura created by its journey. I was intrigued by Emily’s concept and its potential because of the physicality of the project; I would receive something in the mail that many other people have touched, lived with, or altered in their own specific environment and I would then become part of that story.

The package arrives to me amidst my own nomadic two years. I left a job in Montreal in December 2013 and have been traveling to various artist residency programs since that time. The photograph arrived in Massachusetts for the holidays to commence the brief overlap of our journeys. My idea was for the photo to accompany me to my next artist residency located in Banff, Alberta where I would then respond with my own contribution. The day came when the packaged photo and I took a plane together from Boston via Minneapolis, finally landing in Calgary. We had an easy flight and after a night at the airport hotel, took off on a bus to the Banff National Park, home to the artist residency program. On my second day at The Banff Centre, I opened the package and posted the contents to my studio wall. I had only expected one photo, but enclosed were ferry tickets, museum passes, maps, words, and other photos. I was reluctant to reference the blog so early in the process, but how was I to decipher which photograph was “the” photograph?

The contents of the package and the photo itself all hang above my studio desk where I have now been for nearly two weeks. My window overlooks snowy mountains, treetops, and the majestic castle-like structure alone on the a mountain known as the Banff Springs Hotel. After a few days of contemplating these artifacts and potential five photos that could be “the” photo, I began reading the blog. I became enthralled with the lives of the people who previously were in possession of the photo and the life of the photo itself. I wondered about Laura and her health, I thought about Summer at the moment when the photo entered her life knowing how much has changed since then. I considered Emily’s interlude reunion with the photograph one year ago. I also wonder about the photo itself. Does it ever, like I do, get a little tired of always being on an adventure? Does it long for a singular space to rest, knowing full well that its destiny is to travel?

When I first held the photograph (yes, “the” intended photograph), I was reminded of the Marfa Lights. A phenomenon in Western Texas where sphere-shaped lights colored red, orange, yellow, and white hover and dart on the horizon line of the desert sky. The lights are thought to be either paranormal activity or reflections from a distant highway. Having viewed them first hand while spending one summer in Marfa, I can’t be sure what they are. But I like the mystery and the colors superimposed over the landscape and the continued curiosity they bring. As I look at the photograph and read about its travels, I note that many people are careful with the object itself. Yes, of course, on some level there is a responsibility to not be the person who ruins the photo or the journey. But in thinking about collaborative art, I am surprised no one has yet to intervene on the actual photograph. Many have scanned the image and then altered it or used its likeness in other mediums. But what about the materiality? I feel the inclination to respond to the object, on the object. To alter it in some way, a way that could risk everything. An intervention adding to the layers of meaning directly to the immediacy of the photo. After two years of traveling, would the photograph like a new hairstyle? (even just a trim?) Transformation can be devastating, but it can also make way for a rebirth.

I have decided to intervene on the photograph. But I will not show the image here. It will be a mystery for the next recipient of the package. So even if they are devoted to the blog and know the image by heart, it will not be what they are expecting.

As I send the photo on its way, I am including a small orange flag. The flag references my last project in which I spent six months living and developing an educational project on Fogo Island in Newfoundland, Canada. In short, not too long ago, flags were placed atop houses that were to be relocated or “launched” to another community. The flag indicated to neighbors that help was needed to get the house on its way, so community members would arrived at the sight of the flag and depending on the structure, the house would travel to its new home either by land, sea, or ice. So I add the little orange flag as a small prayer…let helpful neighbors get you to your next home little photo!

Thank you Emily for allowing me to join this journey and take a moment within my practice to consider mystery, transformation, and the power of one photo to creatively influence people around the world. 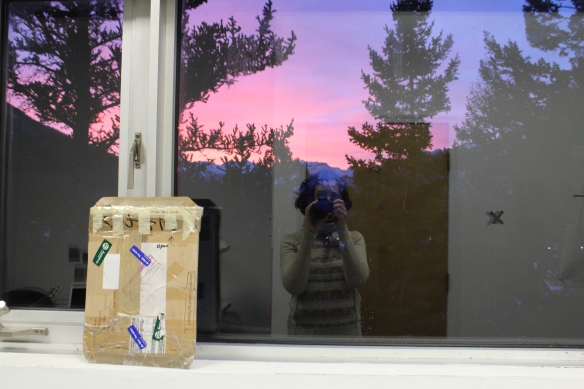 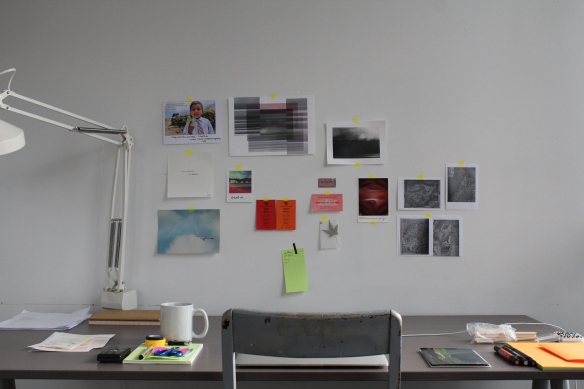